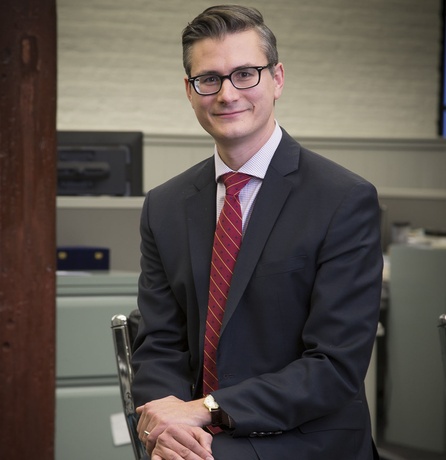 Chris has been with RiverFront since the company’s founding in 2008. He began his career in 2000 as a corporate finance analyst in the Technology sector at a predecessor to Wachovia Securities. He joined Wachovia’s Advisory Services Group in 2002 as an equity strategist and worked in various capacities within equity strategy and portfolio management until his departure in 2008.

Chris earned his BS in Business Administration from the Kenan-Flagler School of Business at the University of North Carolina at Chapel Hill. He received his Chartered Financial Analyst® designation in 2013 and is a member of CFA Virginia Society. He has successfully completed the FINRA Series 7, 66, 86 and 87 licensing exams. Chris is also a regular guest on the financial news channels (CNBC, Bloomberg) and is frequently quoted in the financial press.

It’s no wonder that Chris’ co-workers are always humming familiar tunes.  In his spare time, Chris is an accomplished songwriter whose songs have been featured in television, movies and radio across the U.S. and overseas. His music counts fans across various demographics, but none more energetic than his two young children.